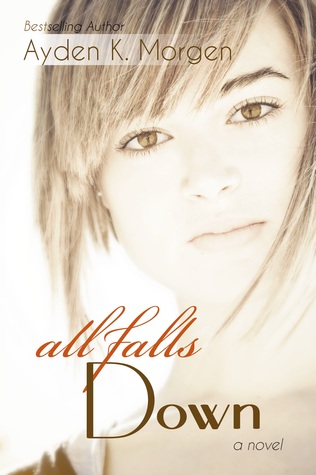 When Savannah Martin walks in on her abusive boyfriend and her best friend in bed together, she thinks life can’t possibly get any worse. And then she wakes up in a hospital in Italy, scared and alone. With nowhere left to go, Savannah runs to the family who took her in when her mother abandoned her as a teenager.

But things aren’t as simple as they were then.

For starters, two years of constant emotional abuse has broken Savannah in ways she’s not sure can be repaired. And patriarch Matthew Talbot has been murdered, leaving his eldest daughter, Lexi, in charge of a global non-profit and her younger sisters.

Jared Corbit, Lexi’s gorgeous boyfriend, is the only thing standing between her and whoever murdered her father. That doesn’t stop Savannah from falling in love with him. She knows it’s wrong, but she just can’t stay away from him when he makes he feel like no one else ever has before.

Finding out his relationship with Lexi is a ruse should make things easier, but when the truth is finally revealed, Savannah’s fragile world threatens to fall apart. There’s a murderer on the loose, and he’s gunning for the only family she has. To save their lives, she and Jared will be forced to make a decision that just might destroy her completely.

How is she supposed to let the man she loves be with another woman?

Buy All Falls Down on Amazon

*I received this book for review from the author. This in no way effects my thoughts expressed in this review.*

Savannah has been through a lot in life, and it gets worse when she walks in on her piece-of-scum abusive boyfriend and her supposed best friend together. Losing him may be no true loss, but it’s kind of a principle thing, isn’t it? So, with nowhere else to go she heads back to one of the only homes she’s ever known. Things aren’t actually the greatest there either though, and with a murderer on the loose they get just a tad bit more interesting.

I really enjoyed reading this book. Ayden K. Morgan certainly knows how to write a wonderful, thought provoking book with characters that you’ll love and, well, characters that you’ll hate(in that one good way), all while keeping you tightly gripping your Kindle as you turn each page waiting for that next ball to drop.

Not only does the author know how to tell a story, but she’s an amazing person too, I found out 25% of the proceeds from All Falls Down will be donated to the National Domestic Violence Hotline in memory of Cassie Combs, a dear friend of hers who lost her life to her abuser at the age of eighteen.

I feel so lucky to have read this book. I am lucky to have never been in a situation like Savannah had been in, but I think it’s a good thing for us to try and understand what so many women(and men too)go through. It isn’t easy, and Savannah, though she herself is a fictional character, has really inspired me with her bravery, and the way she pushed on even when she felt lost.

To be honest, I could go on and on about this book, but I don’t want to give it all away. Let’s just say, if you’re in the market for a great book, give this one a try!

Once in a Blue Moon by Ken Christopher Ping

The Mine by John A. Heldt
Floyd and Mikki: Zombie Hunters by Joseph Tatner

2 Responses to “All Falls Down by Ayden K. Morgen”